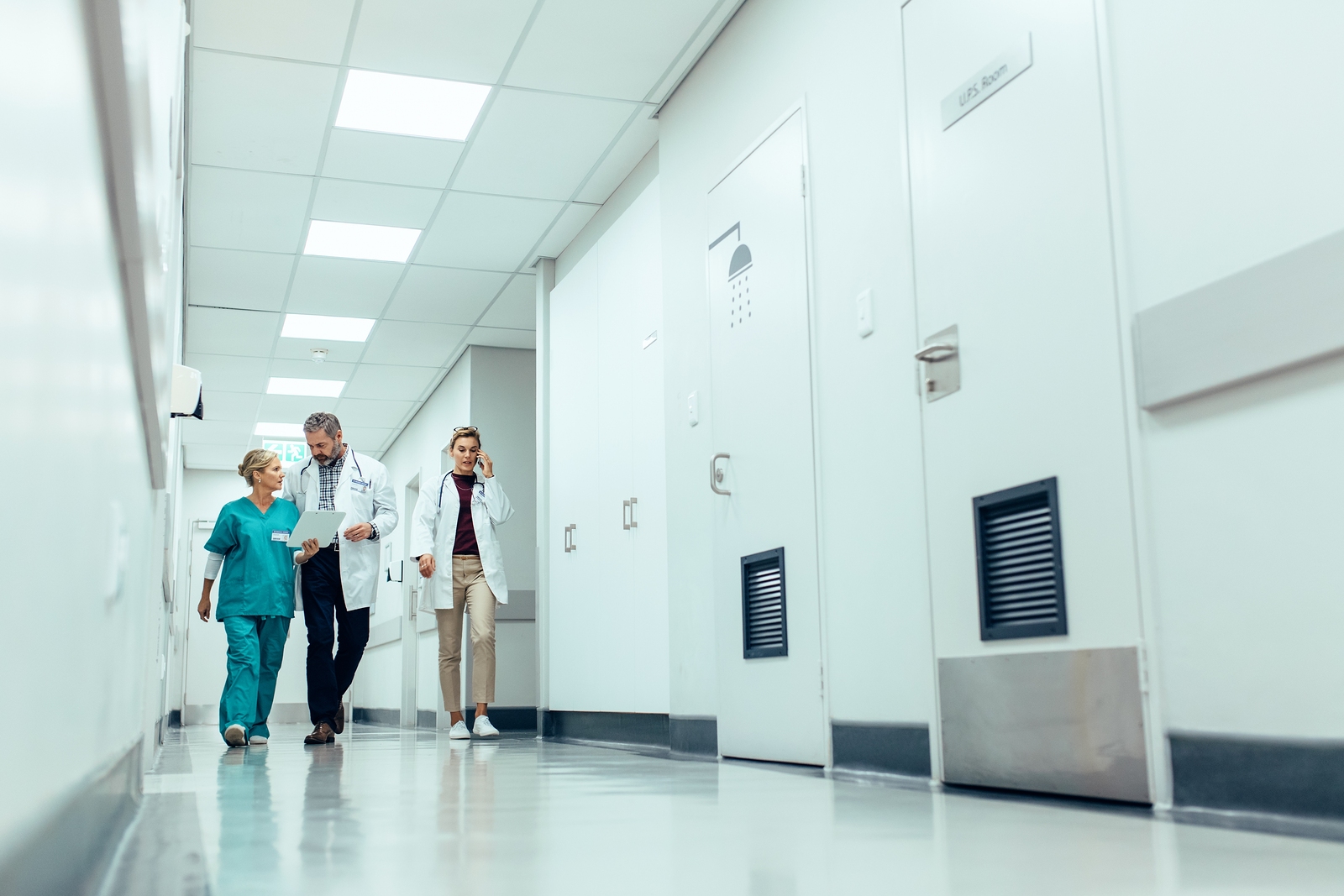 Healthcare Is Where The Jobs Are. But What Kind Of Jobs? (KHN)

More Americans are now employed in healthcare than in any other industry.

The Bureau of Labor Statistics, which tallies job creation, says that for most of this year the health sector outpaced the retail industry. Only government, on all levels, employs more people. One of the consistent features of the BLS reports is that healthcare has reliably added thousands of jobs to the economy each month.

November was no different. The healthcare industry created 32,000 jobs, adding to the 328,000 healthcare positions created since early 2017.

But what kinds of jobs? Were they highly paid doctors and hospital executives or were they positions on the other end of the pay scale, such as nursing home aides and the people who enter data for billing in hospitals and clinics?

It’s hard to know for sure, because the BLS monthly data measure industries not occupations and what information it does have on occupations is overly broad. For instance, it says hospitals accounted for about 13,000 jobs in November. Another 19,000 jobs were for “ambulatory” care, which is a broad term for services delivered outside of hospital systems, like in clinics and private doctors’ offices.

But another set of BLS data offers additional insights. Every two years, BLS puts out a wonky set of numbers called “industry-occupation matrices,” which more finely slices job categories and predicts which will grow or shrink over the next 10 years.

The most recent, from 2016, still provides a pretty accurate snapshot, according to Joanne Spetz, a professor at the University of California-San Francisco’s Institute for Health Policy Studies.

Registered nurses are the fastest-growing occupation. They account for more than 25 percent of jobs in hospitals. If that share remained the same last month, 3,289 of the new hospital jobs added in November went to RNs.

It’s likely that many of the hospital jobs went to medical assistants, who currently make up only 1.5 percent of the industry. Medical assistants are usually the people taking your vitals and helping the doctor take notes. The BLS expects about a 16 percent increase in these jobs in the next decade.

“There will be a fair amount of growth in physician and surgeon employment in the next decade, but so many more medical assistants than physicians,” Spetz said.

Far more of those medical assistants found work outside the hospital in the ambulatory sector: almost 1,300.

There is also a good chance that in these ambulatory settings many of the newly created jobs were filled by non-medical staff.

As of 2016, fewer than 30 percent of staff in ambulatory settings were workers whom Spetz calls “paper pushers.” If the trend held up, around 5,700 of the hires in November, or 30 percent of ambulatory jobs, fall into these categories. These jobs can pay as much as medical assistants. The BLS says the median income of “medical record and health information technicians” is about $39,000 a year. BLS is predicting around a 20 percent increase in “information and record clerks” and another 22 percent increase in “secretaries and administrative assistants.”

But the idea that hospitals and doctors’ offices are hiring only lower-paid support staff might be overblown. The BLS figures “healthcare practitioners and technical occupations” still make up more than 37 percent of the ambulatory industry, and “health diagnosing and treating practitioners” are almost 23 percent.

“What we have seen over the past couple years is with the job growth in health it is not dominated by back office,” said Ani Turner, an economist who focuses on health sector labor trends with Altarum, a nonprofit health research and consulting organization.

Another thing hiding in the numbers? A dissipating distinction between ambulatory and hospital care. Traditionally, hospital jobs were pretty straightforward; they referred to the doctors, nurses and support staff who worked in hospitals.

But as business models shift, more care is given outside of hospital walls, something not reflected in employment numbers that split health into two distinct categories. Employees who staff the clinics, surgery centers, labs and imaging centers run by hospitals are counted as hospital staff, Turner said, though they work in outpatient settings.

So those 13,000 new hospital jobs the BLS cited last month may not reflect real-world trends about where hiring happens.

“Whether in physicians’ offices, free-standing clinics or hospital outpatient clinics, you’ll see it as the two separate settings, but the same trend,” Turner said.

Tax Law Changes: What You Should Know as a Travel Nurse

As the last month of the busy winter season marches on, one of the main concerns circling around the travel healthcare community in...