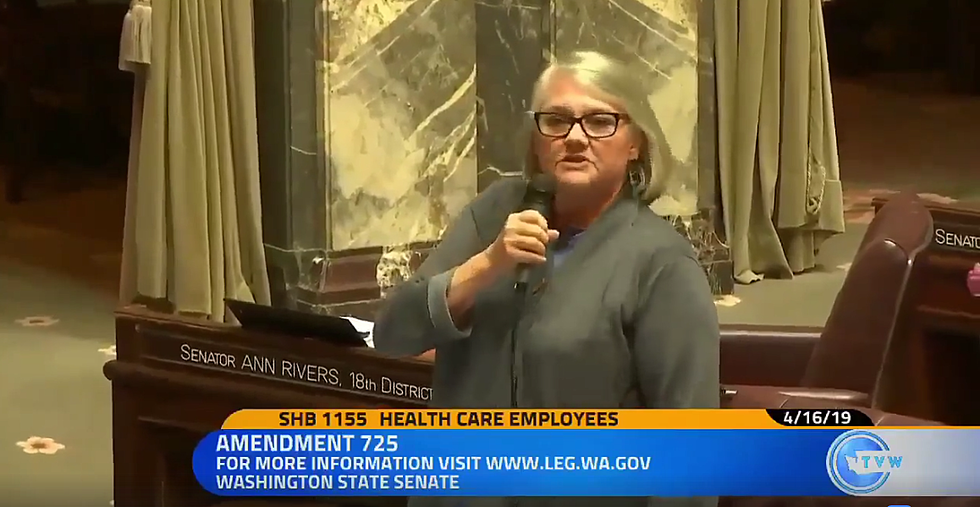 “I really don’t believe nurses at our critical access hospitals spend their days playing cards, but I did say it, and I wish I could reel it back,” Walsh said in the statement.

You can read her full statement here: http://maureenwalsh.src.wastateleg.org/walsh-issues-statement-regarding-house-bill-1155/

Comments made by Washington Sen. Maureen Walsh during a recent debate about a bill regarding breaks and overtime for nurses spawned a massive wave of negative reactions over the weekend.

Walsh made the comments during a Senate floor debate on Tuesday in opposition to SHB 1155, which would require uninterrupted meals and rest periods and would provide for stronger protections against mandatory overtime.

Walsh argued for an amendment to the bill that would exclude rural critical access care hospitals, and said it would make it more difficult for those facilities to stay open.

“By putting these types of mandates on a critical access hospital that literally serves a handful of individuals, I would submit to you those nurses probably do get breaks,” Walsh said. “They probably play cards for a considerable amount of the day.”

The online backlash to Walsh’s comments from nurses around the country was swift and significant. Nurses and healthcare workers shared thousands of memes, Instagram posts, YouTube reaction videos and more over the Easter weekend in response, using hashtags #maureenwalsh and #nursesplaycards.

A blog post condeming Walsh from the Washington State Nurses Association caused the organization’s website to crash over the weekend, as too many people tried to view the post at once, according to a USA Today report.

“No, Senator, nurses are not sitting around playing cards. They are taking care of your neighbors, your family, your community,” Matthew Keller, WSNA’s director of nursing practice and health policy, said in the blog post. “And they do read the research: mandatory overtime is bad for patient care and it’s bad for your rural hospitals. With all due respect, Sen. Walsh: perhaps it’s time for you to put down the cards and pick up the literature.”

Supporters created two petitions on Change.org, one calling for Walsh to shadow a nurse for a 12-hour shift, and another calling for her resignation. The shadowing petition had about 5,000 signatures by noon Saturday and has climbed to more than 560,000 as of Monday morning.

Walsh told Tri-City Herald she regretted her comment and didn’t have any malicious intent when it was made.

Walsh still supports an amendment to the bill that would exclude nurses at hospitals with fewer than 25 beds from uninterrupted breaks.

An unamended version of the bill already passed through the state’s House, but will have to be reconciled in the Senate following a voice vote approval of a seperate amendment that would restrict state nurses to only working 8-hour shifts.

Stocking Up: How To Save Money On Essentials For Your Travel Nurse Rental Home