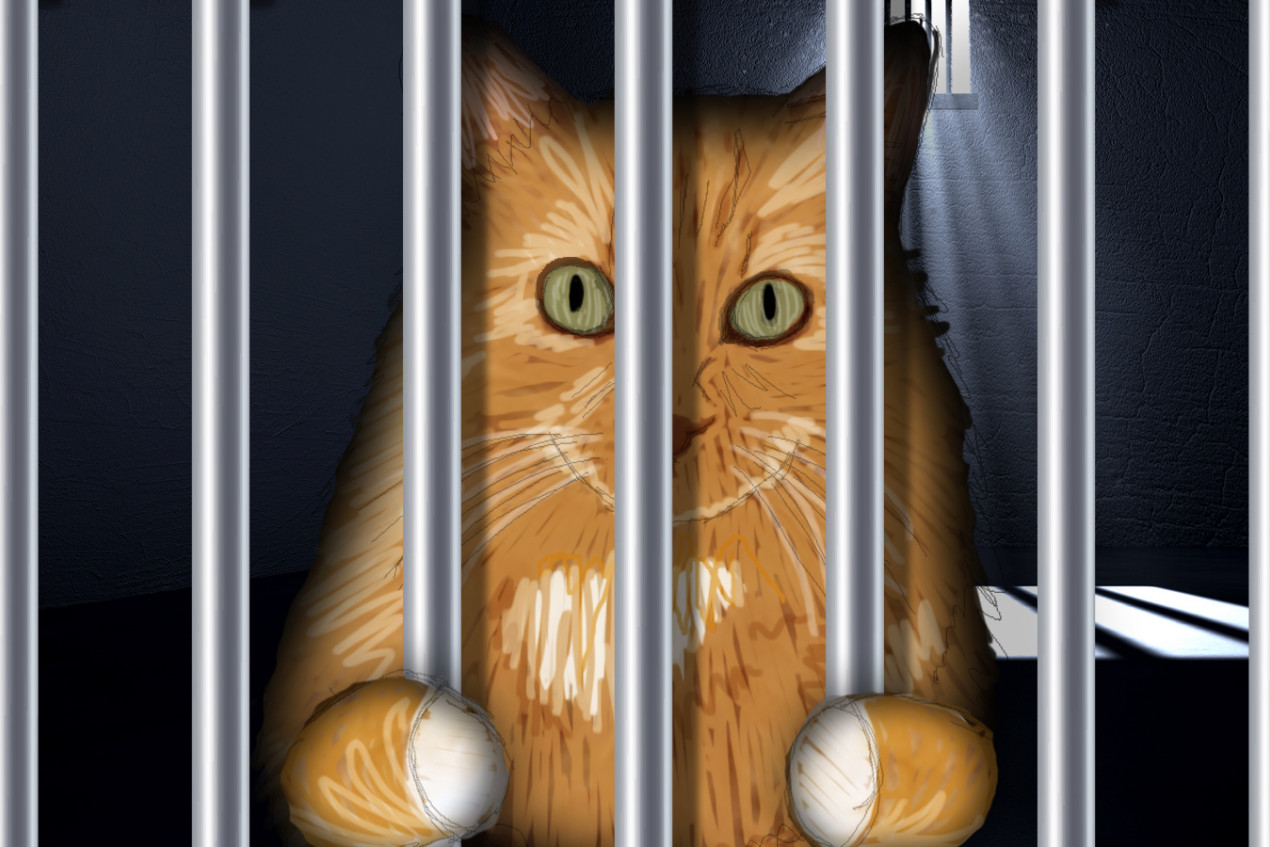 A Brush With A Notorious Cat, My Rabies Education And The Big Bill That Followed (KHN)

I was just petting an orange tabby cat in my Falls Church, Va., neighborhood, a cat I’d never met before. He was very cute. And he was purring and butting his head against my hand. Until he wasn’t.

He sunk his teeth into my wrist, hissed at me and ran off. So began my personal episode of Law & Order: Feline Victims Unit, complete with cat mug shots and weekly check-ins from local animal control and public health officials. And rabies shots. Multiple rabies shots in the emergency room. And more than $26,000 in health care costs, an alarming amount considering I was perfectly healthy throughout the whole ordeal.

What I learned, besides fascinating facts about rabies, its transmission and the horrible ways one can die from it, was that any one of us is a mere cat scratch away from financial peril if we aren’t lucky enough to have good health insurance. Our confusing health care system makes it too easy for a person who should get medical care to postpone it or avoid it — even when that decision could be fatal.

After the encounter with the cat, I headed to a nearby storefront urgent care clinic, where a nurse handed me a form to fill out, which the city uses to track animal bites. She faxed the form to the health department and a police officer visited me as soon as I returned home.

I was asked: “Do you know the cat?” After some sleuthing in my neighborhood Facebook group, I developed a suspicion about whom he belongs to. But I couldn’t be 100% positive.

Which is why three days after the bite I was in the waiting room in the emergency room. When an animal bites someone, the procedure is to quarantine it for 10 days. If the animal doesn’t develop rabies symptoms during that time, it’s safe to say the bite victim won’t develop the disease either.

But if the animal can’t be identified or captured, the recommendation is to begin post-exposure preventive treatment for rabies. I’d need a one-time injection of human rabies immune globulin and then four injections of the rabies vaccine over two weeks.

An estimated 40,000 to 50,000 people get such treatments each year following exposure to potentially rabid animals, according to the Centers for Disease Control and Prevention.

I did consider taking my chances and skipping treatment. The odds the cat that bit me was rabid were, I’d guess, almost zero. He was probably someone’s pet and didn’t appear to have any symptoms. But rabies is fatal. That was the line my doctor, the animal control officer, my friends and public health officials kept repeating. A small chance is not the same as no chance.

I tried to be a responsible health care consumer and research cost-effective options. The ER is the only place that can administer immune globulin, so I knew that was my first stop. But I hoped to go elsewhere for the next three appointments, where I would receive the rabies vaccine.

I sat on the phone with insurance company agents while they tried to find an in-network provider that stocked the rabies vaccine. They found nothing. My primary care doctor told me people generally ended up doing the follow-up doses in the ER. The urgent care clinic staff told me they didn’t keep the vaccine in stock but could have ordered it ahead of time if they had known I would need it. Since I hadn’t anticipated being bitten by a cat, I neglected to call ahead.

The staff at the ER told me that specialized clinics for travelers can administer the vaccine, but the procedure is not generally covered by insurance. Also, to adhere to the strict vaccination schedule, I needed a location with Sunday hours, which I was unable to find.

The Fairfax County, Va., public health department said the county does not administer rabies vaccines at its clinics. Two hospital urgent care clinics also told me they couldn’t provide the vaccine, even though one of those clinics is on the same campus as the ER.

Which left me back where I started.

Although my insurance picked up the full tab for that first emergency room visit, the hospital bill came to $17,294.17. My insurance provider negotiated that bill down to $898 and paid it.

For the next three visits, I received doses of RabAvert, made by GlaxoSmithKline. Even though I received the same treatment for each of these visits, the hospital billed my insurance slightly different amounts each time: $2,810.96, $2,692.86 and $2,084.36. (If I could have bought it from a pharmacy, it would have cost about $350 a dose.)

Rabies is not the only possible complication of a cat bite. Many bites become infected, which is why I left my urgent care visit with a 10-day supply of amoxicillin, an antibiotic. According to the police, the cat who bit me is likely a repeat offender. A neighbor recently developed a nasty infection after a bite from a large orange tabby — no one is sure if it is the same cat — and has since needed surgery. She also underwent the rabies treatment.

I was lucky not to develop an infection, but my insurance company did have to pay one final bill — $206 to see my primary doctor after I developed a rash, likely from the antibiotic. If you’re keeping score at home, that brings the grand total to $26,229.35.

I had hoped to donate my blood, now rich with rabies antibodies, to be used to create more immune globulin for future bite victims. Unfortunately, my level of immunity likely isn’t high enough. Most people who give their plasma for this purpose have undergone the rabies vaccine many times. A public health worker said he recommended plasma donation to an acquaintance of his who studies endangered bats — a career I’m unlikely to go into. In fact, if I get bitten by any wildlife in the future, I will still have to trek back to the ER for two more rounds of shots.

So, I leave this experience behind with modestly increased immunity, little understanding of how medical bills are calculated and a new fear of outdoor cats — but also with a new appreciation for public health workers.

As for the cat, the police told me he was put under house arrest.

By Alex McCoy, Contributing Writer, Owner of Fit Travel Life Editor's note: Stocking Up is a three-part mini series that...